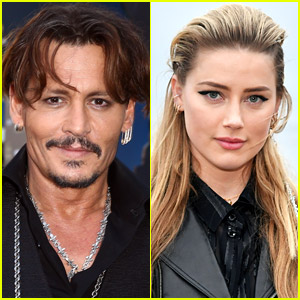 Amber Heard is responding to the infamous pooping incident after she was asked about it on the witness stand.

If you don’t know, Johnny Depp has alleged that Amber pooped in their bed after they fought during her 30th birthday dinner.

Amber was just asked about the incident, and if she was the one that pooped in the bed.

Amber said she did not notice any poop in the bed, but had left the two dogs, Pistol and Boo, in the bed while her and her friends packed to go to Coachella.

“[Boo] had eaten Johnny‘s weed when she was a puppy and had bowel control issues for her entire life,” Amber testified.

When asked if she committed a “prank,” she responded, “Absolutely not. Absolutely not. First of all, I don’t think that’s funny. I was not in a pranking mood. My life was falling apart.”

“I had just been attacked on my 30th birthday…it was not really a jovial time and I don’t think that’s funny, period. That’s disgusting,” she added.

Amber added that that particular residence was a house that she primarily stayed in when they were fighting, so there was no reason to believe Johnny would be returning to that residence to find the poop in question.

Later in her testimony, Amber insisted later that it was not something her or her friends would do.

Find out which celebrities have come out in support of Johnny Depp.