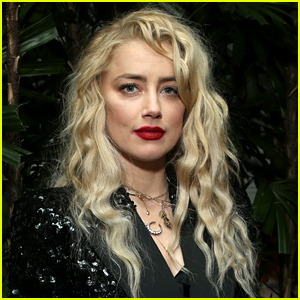 Amber Heard‘s spokesperson has released a statement as she takes the stand in the defamation trial brought about by her ex husband Johnny Depp.

If you don’t know, in 2018, Amber wrote an op-ed for The Washington Post about surviving domestic violence. She did not name Johnny in the op-ed. The lawsuit is centered around this piece, and both Johnny and Amber have now taken the stand to tell their side of the story. Amber is on day three on the stand at the time of this publication, and she is expected to be cross-examined by Johnny‘s lawyer today.

Click inside to read the statement from Amber Heard’s spokesperson…

Amber‘s spokesperson has released a statement as cross-examination is expected to begin shortly.

“We fear it will be equal parts shameful and desperate. And, the overwhelming evidence — the truth — is not on Depp‘s side. The one thing we suspect Depp‘s attorneys will avoid is the central issue of this trial: Does Amber or any woman have the First Amendment Right of Freedom of Speech,” the statement continued.

Check out some other major moments from the trial…