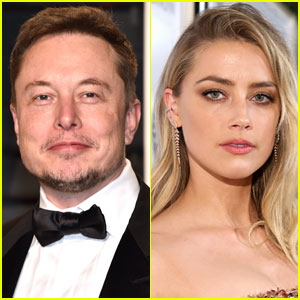 If you don’t know, Elon and Amber dated after her relationship with Johnny came to an end. If you didn’t see it at the time, you can read the comment Elon Musk left on Amber Heard‘s Instagram about their breakup.

While on the witness stand, Amber spoke about attending the 2016 Met Gala alone. She was supposed to attend with Johnny, but said, “He effectively stood me up.”

While at the Gala, she was standing near Elon. “[Musk] was there with his mother. He reminded me we had met before … He seemed like a real gentlemen. He was really nice.”

She added they “became friends.”

In the 2020 trial, Amber‘s private conversations with Elon Musk were released.

See photos of Amber Heard at the 2016 Met Gala…