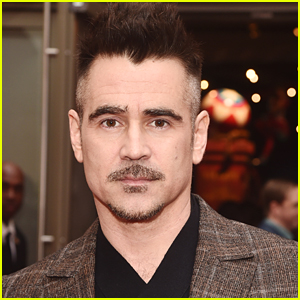 Colin Farrell is talking all about his excitement of being part of Matt Reeves‘ The Batman in a new interview.

The 43-year-old seasoned actor plays The Penguin in the movie, opposite Robert Pattinson, Andy Serkis and Zoe Kravitz.

“It’s all exciting,” he says of being part of the movie. “To be a part of that universe and just there are certain words that are part of my internal lexicon: Gotham City, Penguin, Joker, Batman, Bruce Wayne, Harvey Dent, all these things.”

Colin shared that his admiration of the hero started with Adam West.

“Batman as a kid, yes very much, not in comic book form but the TV show I watched ardently when I was a child, and then in my teens I saw [Tim] Burton’s version and loved it,” he recalled before adding that he “was a huge fan of what Chris Nolan did with that world and how he brought it back to life and gave it an immediacy and a contemporary significance.”

Colin adds about his role in the new film has “been fun and I really am so excited to get back and explore it. I haven’t got that much to do. I have a certain amount in the film. I am not all over it by any means, but there are a couple of some tasty scenes I have in it and my creation and I can’t wait to get back.”

“It feels original and fun,” he shared of the movie. “But I am only at the start of the journey so I can’t wait to get back and really get into it.”