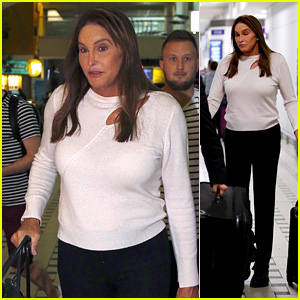 Caitlyn Jenner is ready to play!

The 70-year-old former Olympian and reality TV star was spotted touching down at Brisbane airport for the 2019 edition of I’m A Celebrity… Get Me Out of Here! on Sunday (November 10) in Brisbane, Australia.

PHOTOS: Check out the latest pics of Caitlyn Jenner

Former professional footballer Ian Wright was also spotted arriving at the airport ahead of the ITV show, although he denied being a part of the program.

Caitlyn was seen taking selfies with fans as she arrived in Australia, dressed in a white sweater and black pants as she wheeled her silver luggage through the airport.

The Sun reported a week before that Caitlyn will be the highest paid campmate on the show.