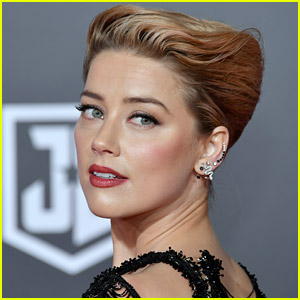 Amber Heard is continuing day three of her testimony in Johnny Depp‘s defamation trial against her.

On the stand today, she was asked about work opportunities after her allegations against Johnny Depp came to light.

She was asked about 2018′s Aquaman and how she had to allegedly fight to keep her role as Mera.

Amber said, “I showed up to work months early and stayed really late to fight to keep the job. I managed to keep it. I was able to keep and make other jobs and eventually made a movie called Aquaman. I was getting my career back, even though it took a major hit when i got my restraining order against Johnny,” Amber said.

She was asked about the role of Mera, to which she responded, “It is one of the leading roles. I was the female lead of the movie.”

She confirmed her salary for Aquaman was $1 million and added, “Yes there are box office bonuses. If it makes a certain amount in the box office you get a bonus.”

About Aquaman 2, which will hit theaters in 2023, Amber said, “I fought really hard to stay in the movie. They didn’t want to include me in the film.”

Amid reports that she’s only on screen for 10 minutes in the entirety of the film, Amber confirmed she has a “very parred down version” of what she did in the first film.

Amber continued, “I was given a script and given new versions of the script that had taken away scenes that had action in it, that depicted my character and another character… without giving any spoilers away…depicted two characters fighting with each other. They basically took a bunch out of my role.”

An Aquaman producer responded to backlash about keeping Amber in the film.