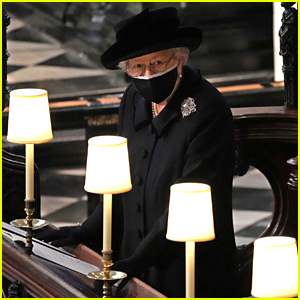 Queen Elizabeth said goodbye to her husband Prince Philip in a heartbreaking way at his funeral.

The 94-year-old Queen of England wrote a handwritten note that was left on Philip‘s coffin before it was lowered into the floor of the Royal Vault.

The note was written on the Queen‘s stationary and it was placed next to flowers on the coffin.

Keep reading to see what the note said…

A note from the queen was placed on Prince Philip’s coffin #PrincePhilipFuneral https://t.co/izdkB6yj9y

It appears that the note simply said “I love you” and it was signed with Elizabeth‘s childhood nickname, Lilibet.

People reports that Philip is believed to be the last person to use the nickname for the Queen. The palace would not comment and said this was a “private” detail.

Find out why the Queen was sitting by herself during the funeral.