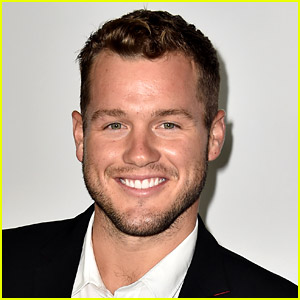 Colton Underwood came out as gay on Good Morning America moments ago and now, Bachelor producers are reacting to his reveal.

If you don’t know, Colton was The Bachelor during the 2019 season and eventually chose Cassie Randolph. Colton and Cassie dated for a time after the show, but eventually split.

The Bachelor producers released a statement moments ago.

“We are so inspired by Colton Underwood’s courage to embrace and pursue his authentic self. As firm believers in the power of love, we celebrate Colton’s journey in the LGBTQIA+ community every step of the way,” the producers said to Just Jared.

As part of coming out, Colton said, “For me, I’ve run from myself for a long time. I’ve hated myself for a long time. I’m gay and I came to terms with that earlier this year and have been processing it. The next step in all of this was sort of letting people know. It’s been a journey for sure. I’m emotional, but I’m emotional in such a happy and positive way. I’m like the happiest and healthiest I’ve ever been in my life and that means the world to me.”

“I thought a lot about this. Do I regret being The Bachelor and do I regret handling it the way that I did? I do. I do think I could’ve handled it better. I just wish I wouldn’t have dragged people into my own mess of figuring out who I was. I genuinely mean that, but i also at the same time, I could sit here and say ‘I’m sorry’ to all of those women, but I can also say ‘thank you,’ because without them, and without The Bachelor franchise, I don’t know if this would have ever came out,” he added.

Colton Underwood previously revealed why he and Cassie Randolph broke up.